And the best restaurant in Modena is

No, it’s not THAT one you’re already thinking about.
​It’s called Ristretto Vicolo Coccapani and let me explain why I’ve been there 10 times in the last month and I can’t get enough. 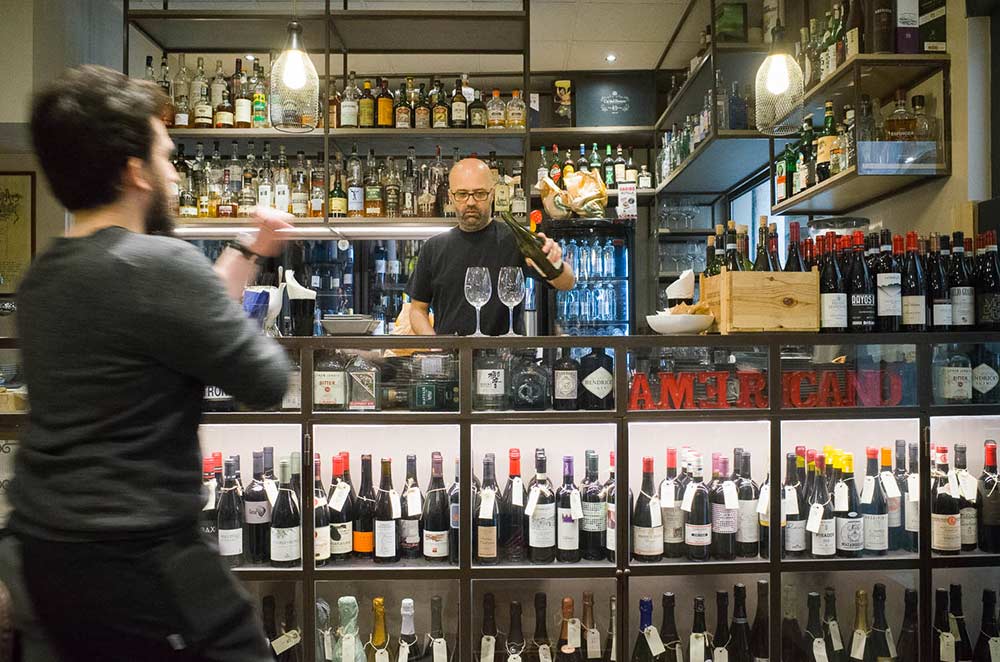 What is Ristretto Vicolo Coccapani

First it was the name.
​Ristretto. Like the short coffee you take at the counter while arguing about football.
Vicolo Coccapani. It’s the name of the street where it’s set, with one of the best views you can get of Ghirlandina tower.

​Then were the rumors I heard from different people, one of which is Massimo Bottura.
He said that “after service ends at Osteria Francescana around midnight, we all go there together and he [Gianluca, one of the owners] usually wants us to taste something, so we let him surprise us”.

​But if Osteria Francescana is that bottle of Bordeaux, stored for years in the cellar, that when you finally open it, it has to be great; then Ristretto is the flask you always put on the table and that you fill with the red wine bought from a local farmer, too good to be true.
​
Usually big expectations bring big disappointments. That’s not the case. 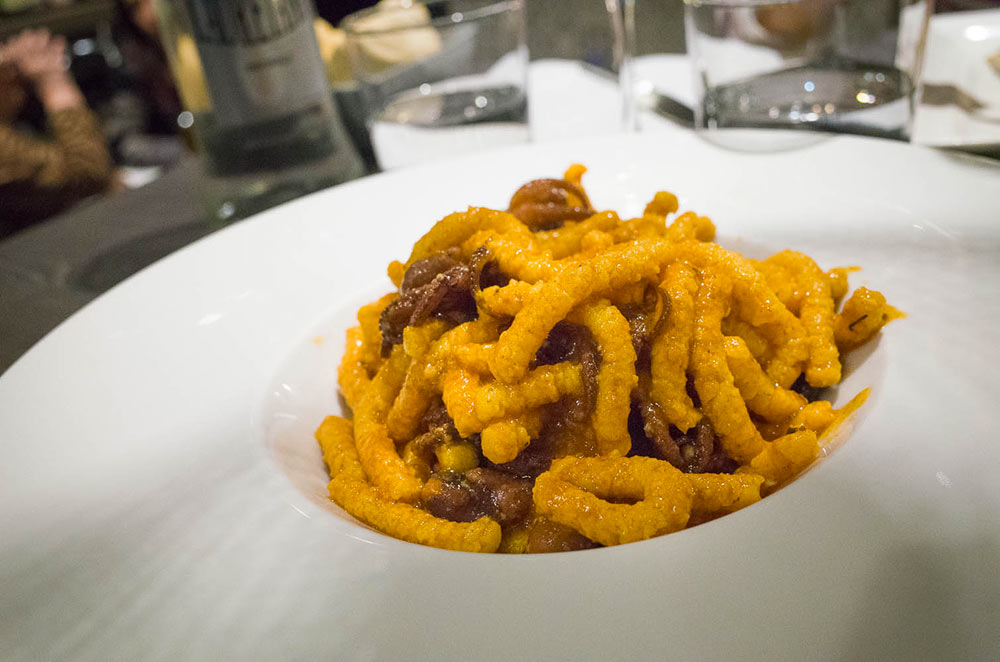 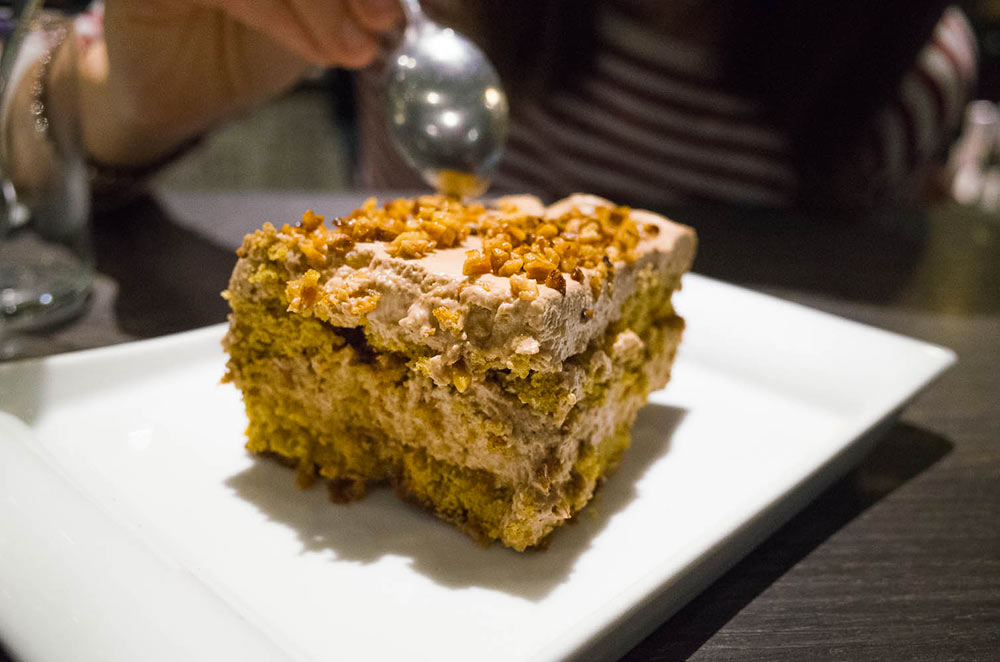 Ristretto is open from 11 am to 1 am.
During this time you can have:

- lunch. For a seasonal daily menu with classics like passatelli, garganelli, or pastrami burger. You won’t spend more than 16€ with a glass of wine and coffee.

- aperitivo. You can get just a cocktail, or beg Marcello to prepare an insanely good tagliere with cured meat from Antica Ardenga (second only to the one prepared by Rita at our new Parma food tour), cheese and gnocco fritto.

- dinner. The prices rise a bit, like the fantasy of the chef. It won’t be easy to choose between ravioli with goat cheese, artichokes and rosemary or potato gnocchi with kale. Low lights, relaxed atmosphere, great food.

I can say for their passatelli with squids, but you can’t taste the flavour through your phone screen.

I can say for the kindness of Marcello and Emanuele, but you can’t hear their big laugh from your headphones.

​​I can say because of the perfect quality/price ratio, but you can’t imagine how great Ristretto is until you’re there. 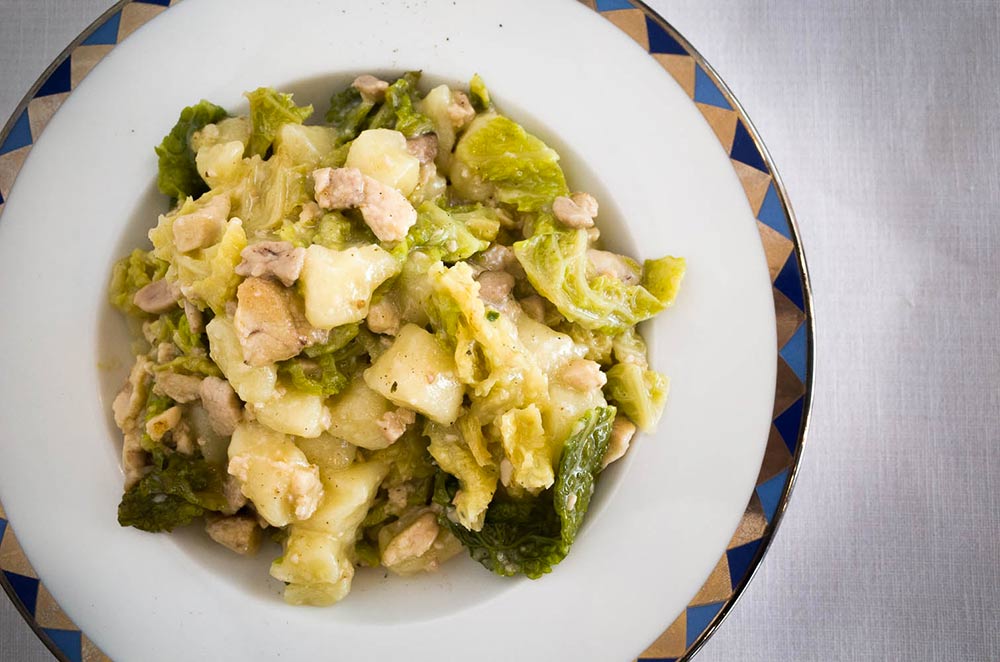 If you’re looking for a traditional menu with taglietelle al ragù and tortellini in brodo, Ristretto is not the place.
You can find them sometimes on the menu, but there’s always a pinch of creativity in their dishes.

Thinking of that, they opened Cucina di Quartiere, a bigger restaurant just outside the city centre focused on regional food.
​Of course I’ve tried it, of course it has to be on your list.