7 romantic restaurants to fall in love in Bologna 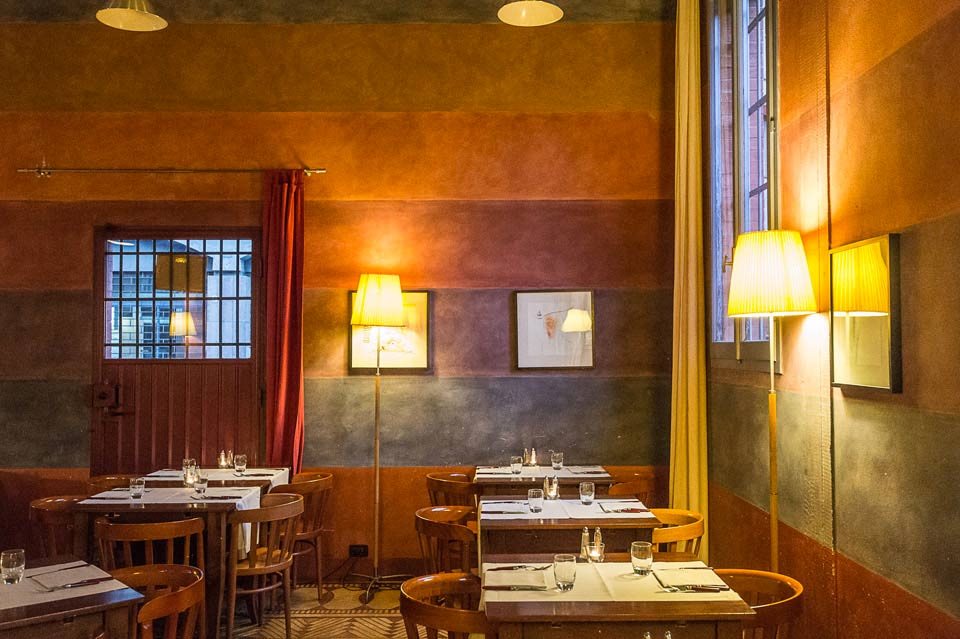 In Bologna you can fall in love with many things: red porticoes, tasty tortellini, magical medieval atmosphere.
Sometimes you just fall in love: if it happens, take a deep breath and make sure you chose the right restaurant for the most romantic dinner under the towers. 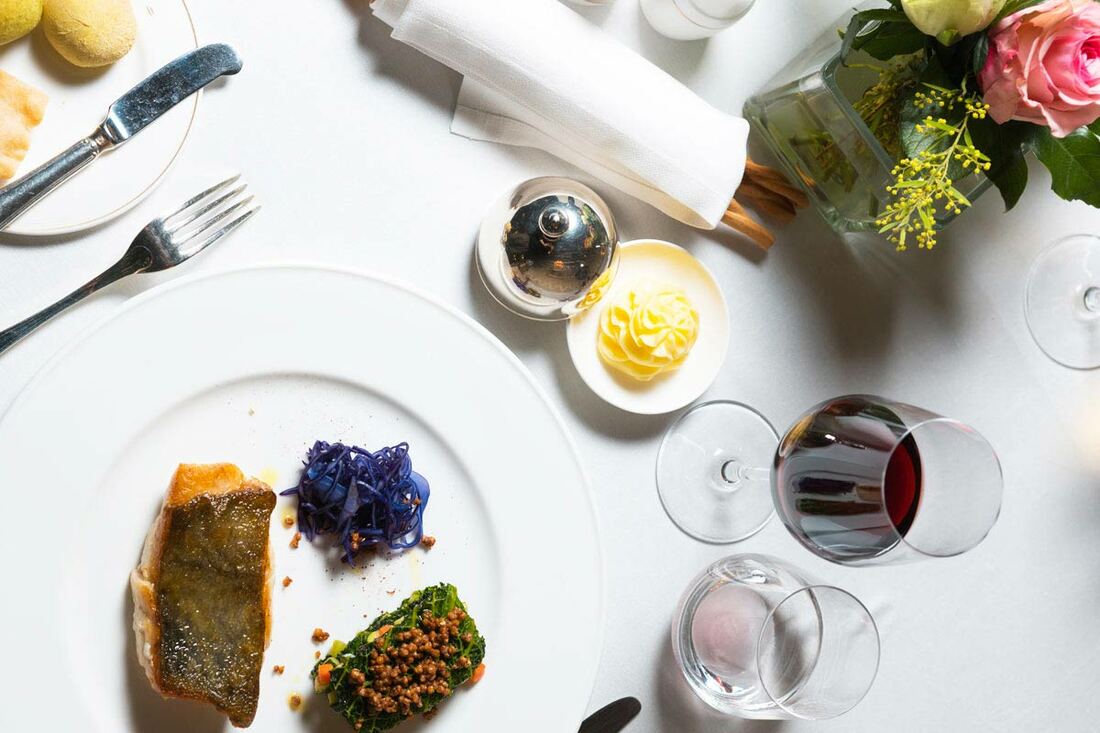 Named after the most important baroque painters of Bologna, this elegant restaurant inside Grand Majestic Hotel is a place for special occasions.

Frescoed ceilings, long shiny tablecloths and a nouvelle-cuisine touch can be the ingredients of one of the most romantic dinners of your life. But don’t panic, you will find traditional dishes such as tagliatelle or passatelli, as well.
​After all, true love should make you feel at home. 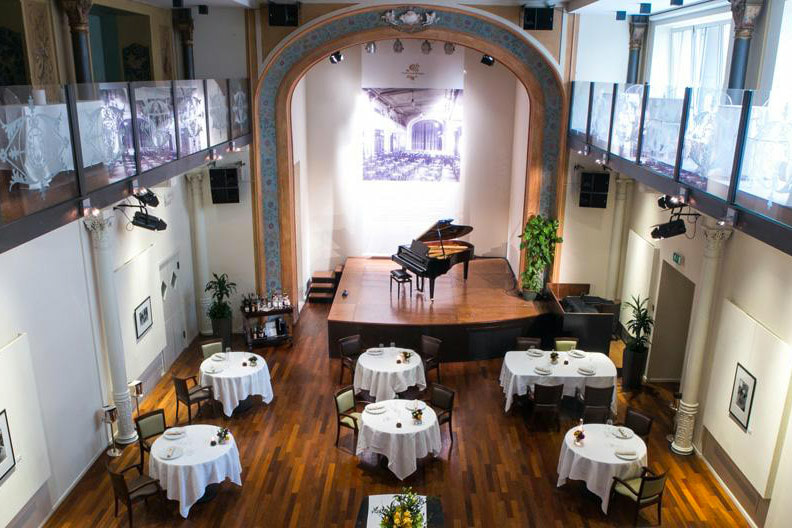 The only Michelin-starred restaurant in Bologna center is set in the only one café chantant remaining in town. At the rising of the 19th century, people went there to listen to piano music, drinking Champagne from a crystal cup.

Now the young chef Emanuele Petrosino welcomes you with his rich and complex cuisine.
His spaghetti with 5 tomatoes is better than a pearl necklace. 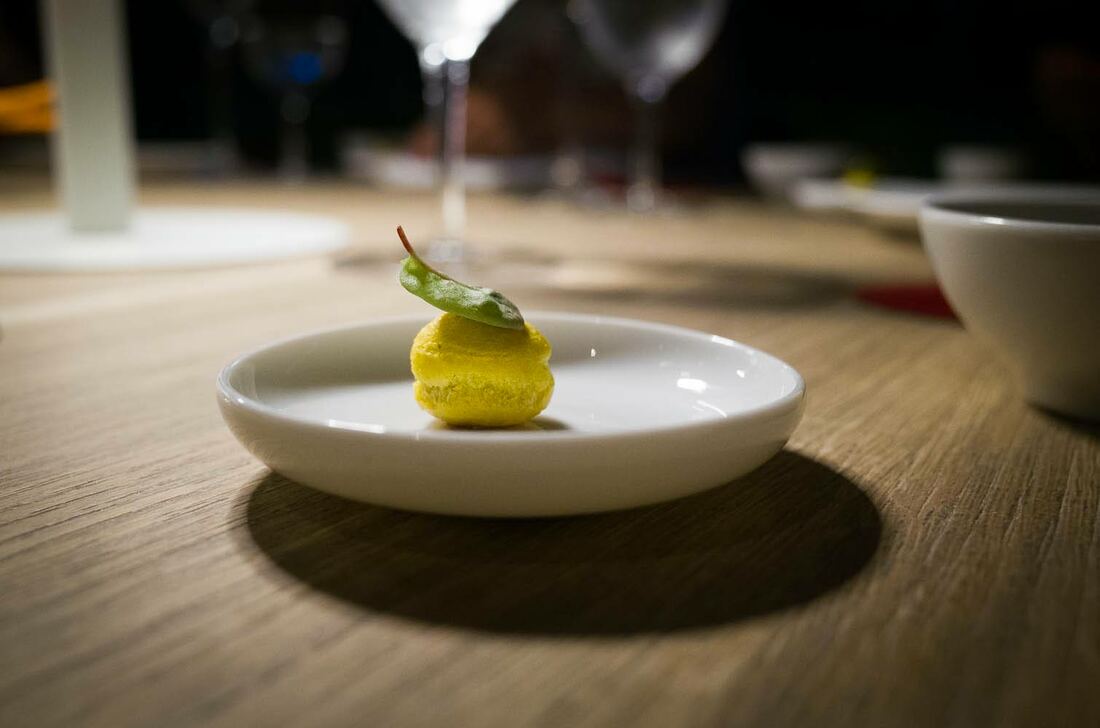 Another Michelin star, this time on the romantic hills of Bologna.
This restaurant looks meant to be the setting of important happenings. Low lights, a wall of green leaves between you two and the rest of the world, and a surprising 9 courses menu.

Ordering aphrodisiac crustaceans could reveal your plans for the after-dinner, but you won’t regret it. 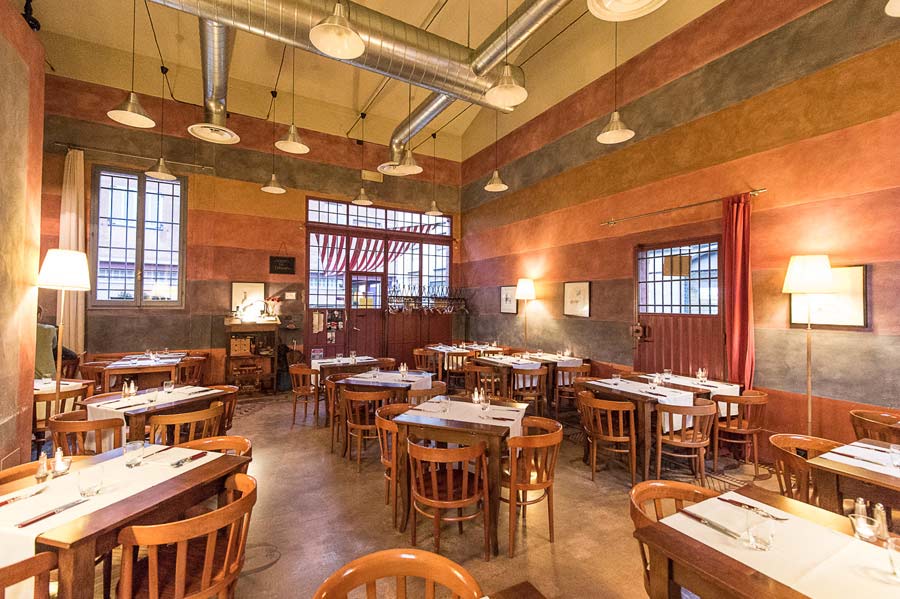 “Painting is easy and funny like cooking” said Monica’s father, a famous painter.
And you can tell it by the quality of food and location of this small restaurant in Via San Rocco.
Every detail is perfectly studied, from the colors on the walls to the colors in your dish.

​Casa Monica serves one of the best fish-based menu in Bologna, surely the most loved. Just untie the red ribbon around your napkin and relax. 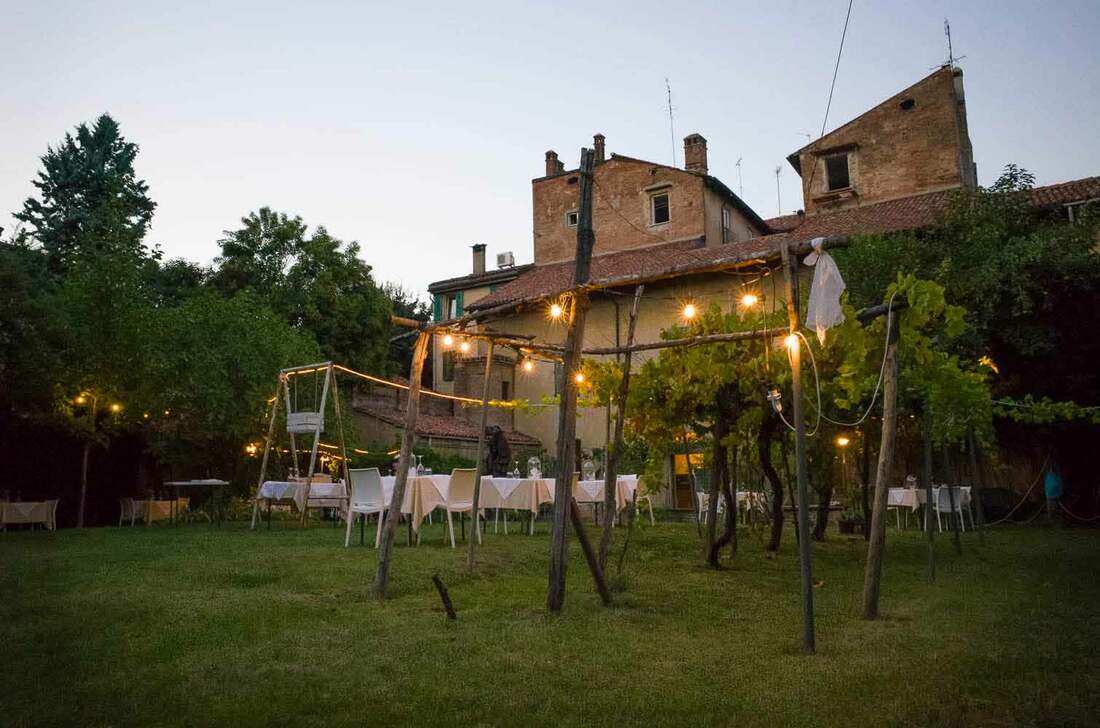 You already know how much I love Scaccomatto agli Orti, and Mario Ferrara’s cuisine conquered even the heart of Rick Stein when he was in Bologna. This is one of the most intimate and romantic places you can dine in Bologna.

You have to be lucky enough to find the small VIIth century vegetable garden open.
But once you’re in, you’ll feel like in romantic old-fashioned fairy-tale. 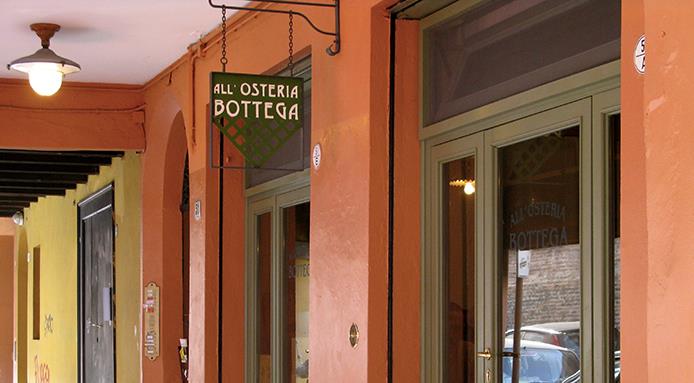 Legend says that the first tortellino was shaped on the vision of Venus, the goddess of love.
That should be why, when you have a bowl of tortellini together, it’s impossible not to fall in love. Don’t go too far though, you could have troubles recognizing who you love the most between the food and the person in front of you.

Osteria Bottega is a small and old-fashioned restaurant known to serve one of the best tortellini in Bologna. In summer you can sit and eat under the silent and charming portico of Via Santa Caterina. 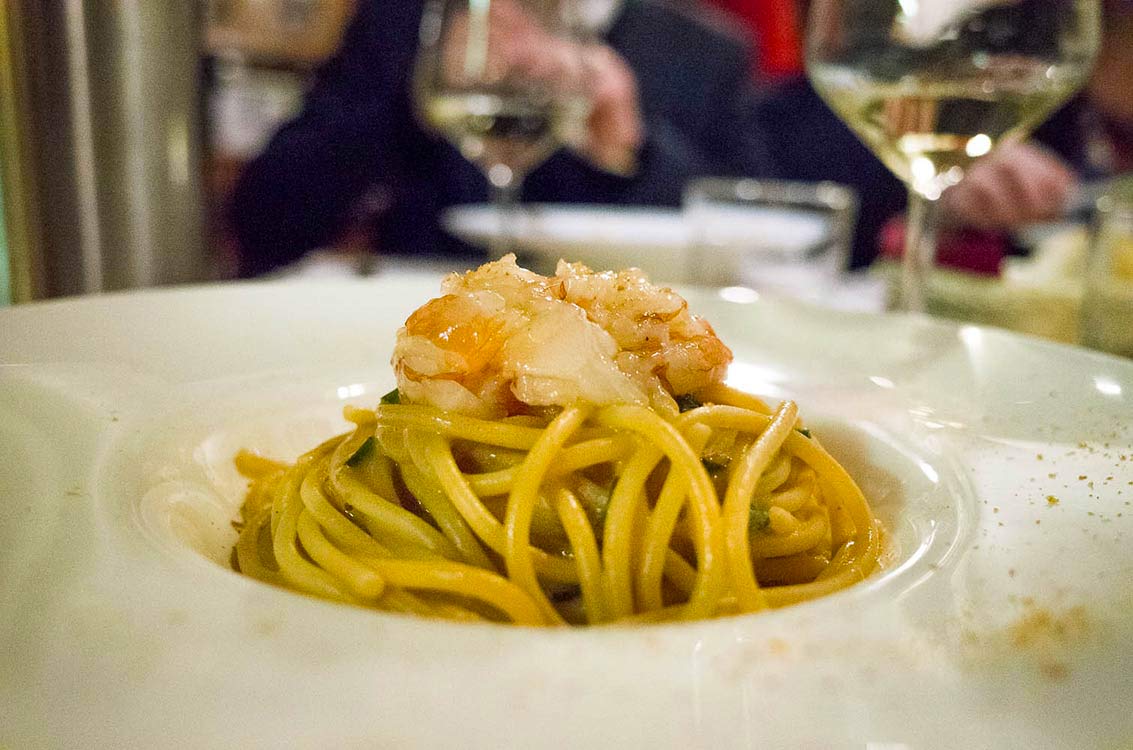 Out of the loud city center, under the winding porticoed of Via Cartolerie that comes out directly from the middle ages, you find Sette Tavoli.
​As the name says, there are only 7 tables, for a very intimate location.

Sometimes, raising your head out of your spaghetti with shrimps, you could feel like you’re in a cozy and friendly home, with a great wine cellar.