Alvar Aalto’s church in Riola: a history of light 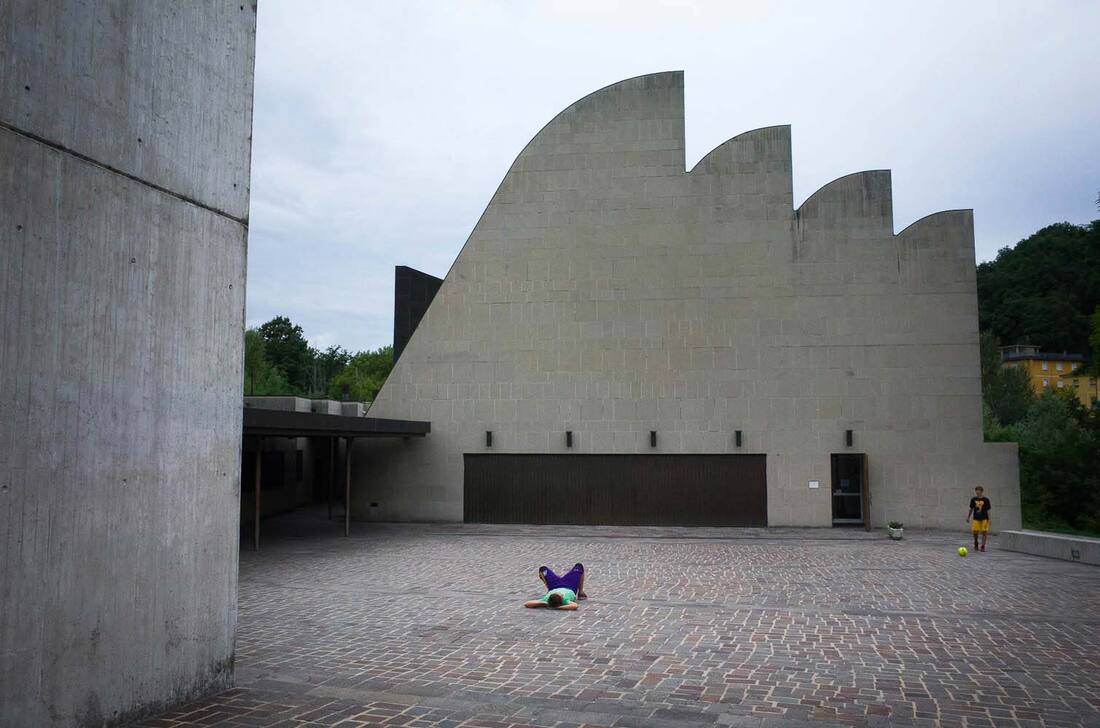 Why Alvar Aalto, one of the most important architect and designer of the XX century, would create a church in a tiny village of 300 people on the hills of Bologna?

The story is long and complex. Let’s start from the beginning. 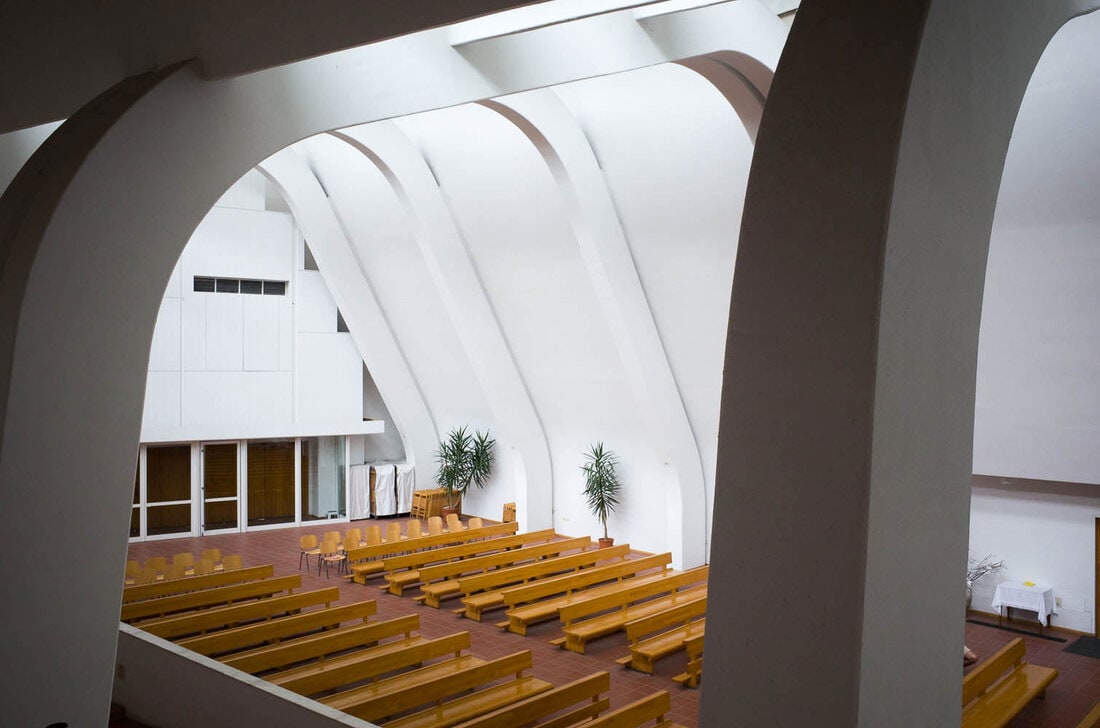 From Finland to Riola: Alvaar Alto in Bologna

1955. Cardinal Giacomo Lercaro established a commission for the creation of new churches around Bologna as a symbol of renovation.

After a first missed attempt with Le Corbusier, Lercaro asked the Finnish architect Alvar Aalto to create a church in Riola, a small village between the mountains, close to Rocchetta Mattei castle.

Aalto accepted the assignment and arrived in Riola with his wife Elissa in a snowing day in January 1967 for a first visit, welcomed by locals waving Finland flags.

It was an incredible event for the village that would have finally had a square, a church and the first and only Aalto’s building in Italy. 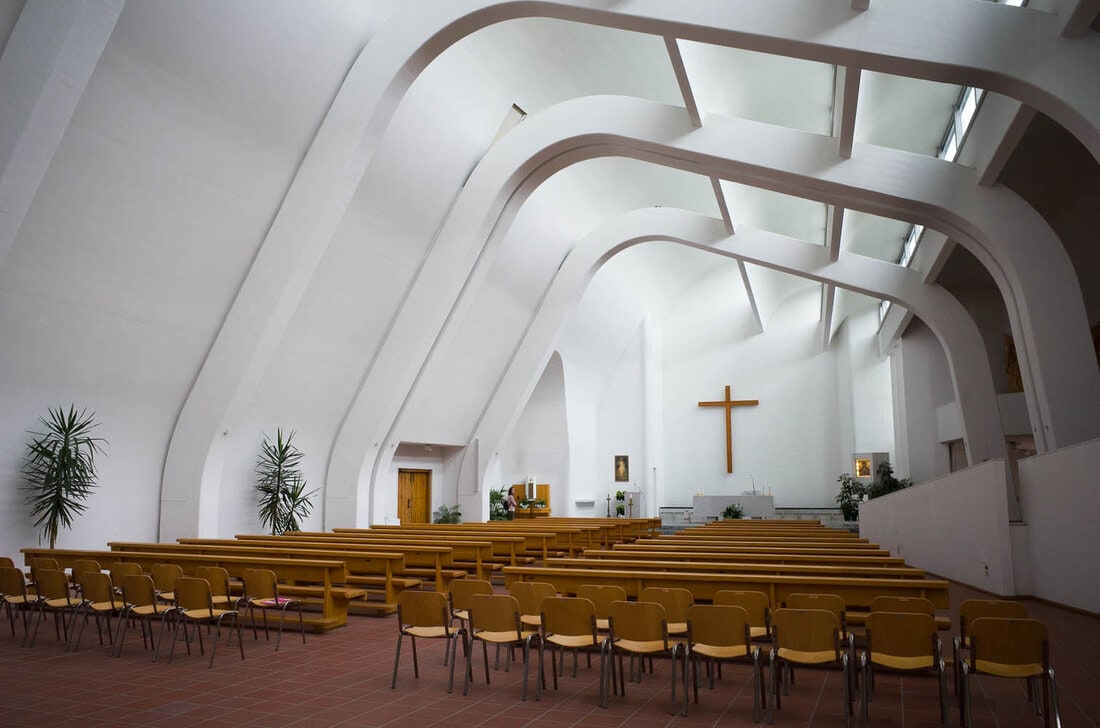 Riola’s church doesn’t have windows. The light arrives reflected from skylights on the roof.

Painting with the light: the project of the church

Riola landscape with its mountains, its stones, its river inspired Aalto’s design.
The church should have risen from Reno river, that flows a few meters from it.

But what made Aalto’s work unique was the use of light.
He designed a church without windows, but just skylights on the roof. Natural reflected light hits the white walls and paints different shapes with contrast. 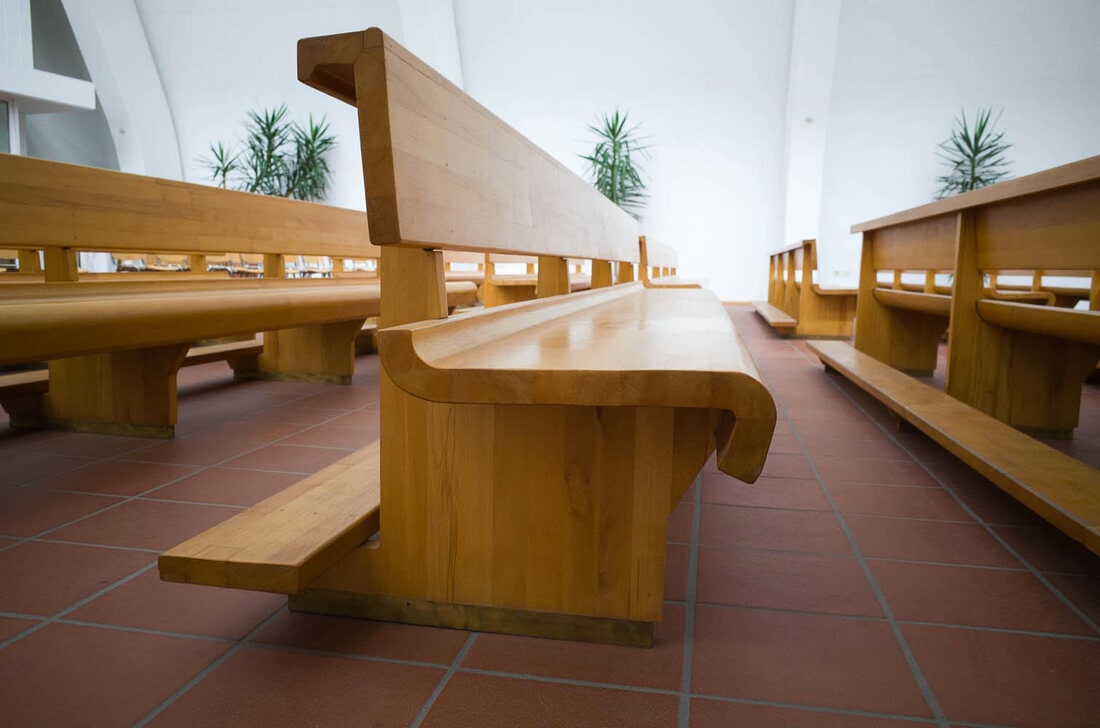 Aalto designed all the accessories of the church like handles, chairs, doors, lamps and benches.​

An unexpected winter: the stop of the works

After a few years of reworks and reviews the project was completed.
Ready to start?
No.

On February 1968 Lercaro resigned. After 50 years the mystery still floats around that decision.
The result was a cut to the budget and an immediate hiatus of the project.

10 years after the announcement, the church seemed like a beautiful sketch on a napkin, lost in the pocket of an old coat.
​But mountain folk don’t give up easily. 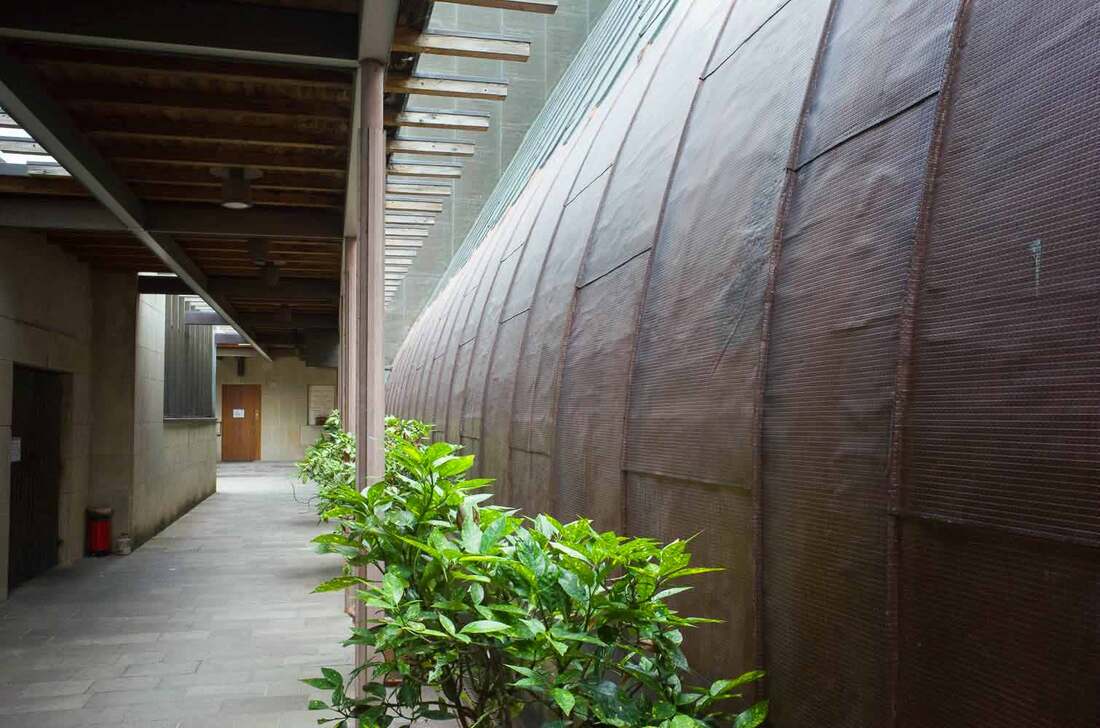 A portico connects the church to the rectory

The dawn arrives: the church see the light

Contacts between the group of Italian architects who followed the projects and Aalto never stopped.
Riola citizens created a civil committee leaded by Don Luigi Borri, Riola’s preacher.
But it’s Mario Tamburini, local surveyor and entrepreneur, who gave the final push to the project.

He decided to build the church at his own expenses.
His company Grandi Lavori worked during downtime and used prefabricated elements to lower production costs.

​Works started in 1975.
Lercaro and Aalto couldn’t see the result of their efforts.

The first Mass was celebrated on August 15th, 1977 with ​Elissa Aalto, Mario Tamburini and all the group of architects in the crowd. 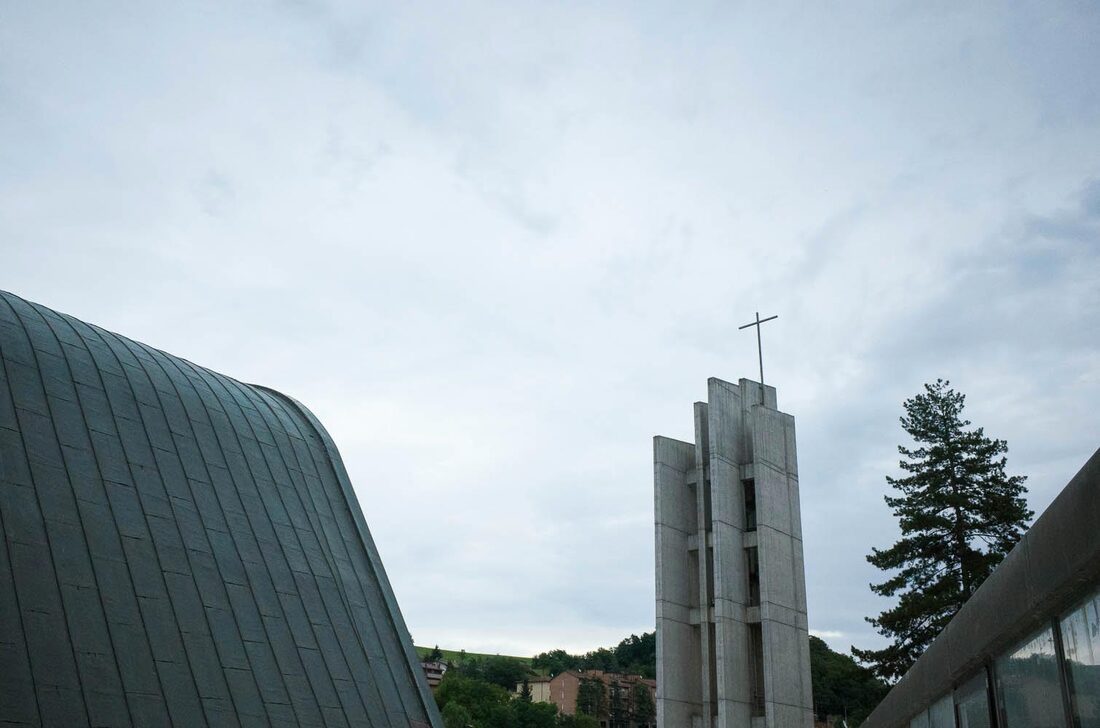